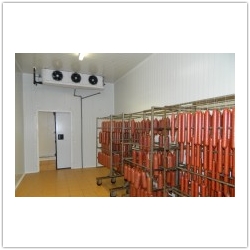 From the stage of closing the refrigeration enclosure (of polyurethane panel insulation) great attention must be paid to the way in which the panels are joined.

At this stage, the cherting operations of the panels, which form the joints between two walls or between the walls and the ceiling of the warehouse, must not be omitted in any form. Ignoring this operation leads to the existence of heat transfer between inside and outside, and hence the following major inconveniences:

– increased consumption in the operation of refrigeration installations;

– the appearance of condensation at the joints of the panels, which, in the case of freezing deposits, turns into ice, and this, increasing its volume, leads to the opening of the joints.

Refrigerated warehouses are then equipped with special refrigerated doors and refrigeration or freezing installations, designed and dimensioned for each situation.

Technological workspaces are equipped with air conditioning and ventilation systems.

In addition to expanded polystyrene insulation from the floor, the installation of automatic anti-freeze floor systems must also be considered in the case of freezer storage.

Also, in the case of refrigeration depots (positive temperatures) for meat and vegetables, it is recommended to install a humidity control system that will reduce moisture losses in the product, thus maintaining its organoleptic qualities. 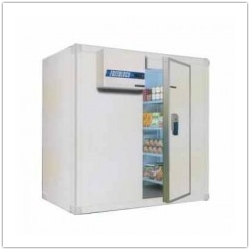 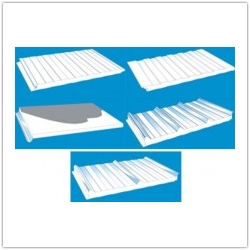 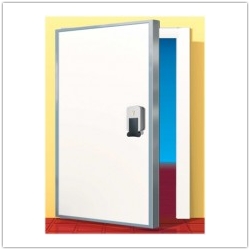 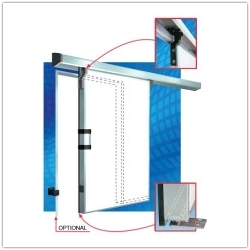 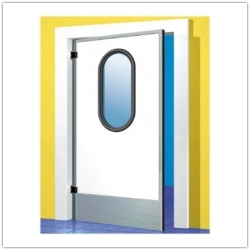 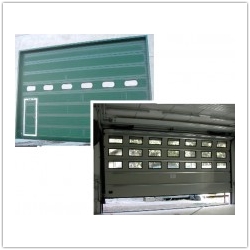 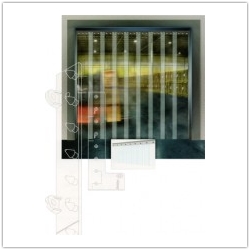